The cooperation agreements between Regions, Metropolitan City of Bologna, Province of Modena, Municipalities and FIAB onlus (Federazione Italiana Ambiente e Bicicletta - Italian Federation for the Environment and Bike) aimed at defining the mutual commitments and roles specify that the Emilia-Romagna Region acts as an interface with the MIT (Ministero delle Infrastrutture e dei Trasporti - Ministry of Infrastructures and Transport) and as a coordinator of the Technical Table which was established, while the Metropolitan City of Bologna is the implementing body of the first stage concerning the drawing up of the technical-economic feasibility study.

In the field of designing, the MIT enacted the Ministerial Directive No. 375 of July 20, 2017 which identifies the standards and requirements of tourist cycle routes throughout the country. Later on, with the Directorial Decree No. 199 of August 8, 2017 and transfer to the Emilia-Romagna Region in September 2017, the MIT provided the amount needed to draw up the tourist promotion and technical-economic feasibility study with a financing of 1,066,728.00 euros. The feasibility study was handed over in April 2019 and is currently under review before being delivered to the Ministry. Construction sites along the disused Bologna-Verona railway line started in the same month (April 2019): they aim at building 46 km of cycle route which will be completed by June 2020.

Although part of the Sun Route exists and can already be used, it was necessary to develop an overall project in order to ensure continuity, recognizability and technical adjustment. Particular attention was given to the following main themes:

The Verona-Bologna-Florence Sun Route provides a unique opportunity to create a cycle tour in Italy which can be introduced to the cycling marketplace through the combination of the qualities of the places crossed and the historical-cultural and landscaping offer. 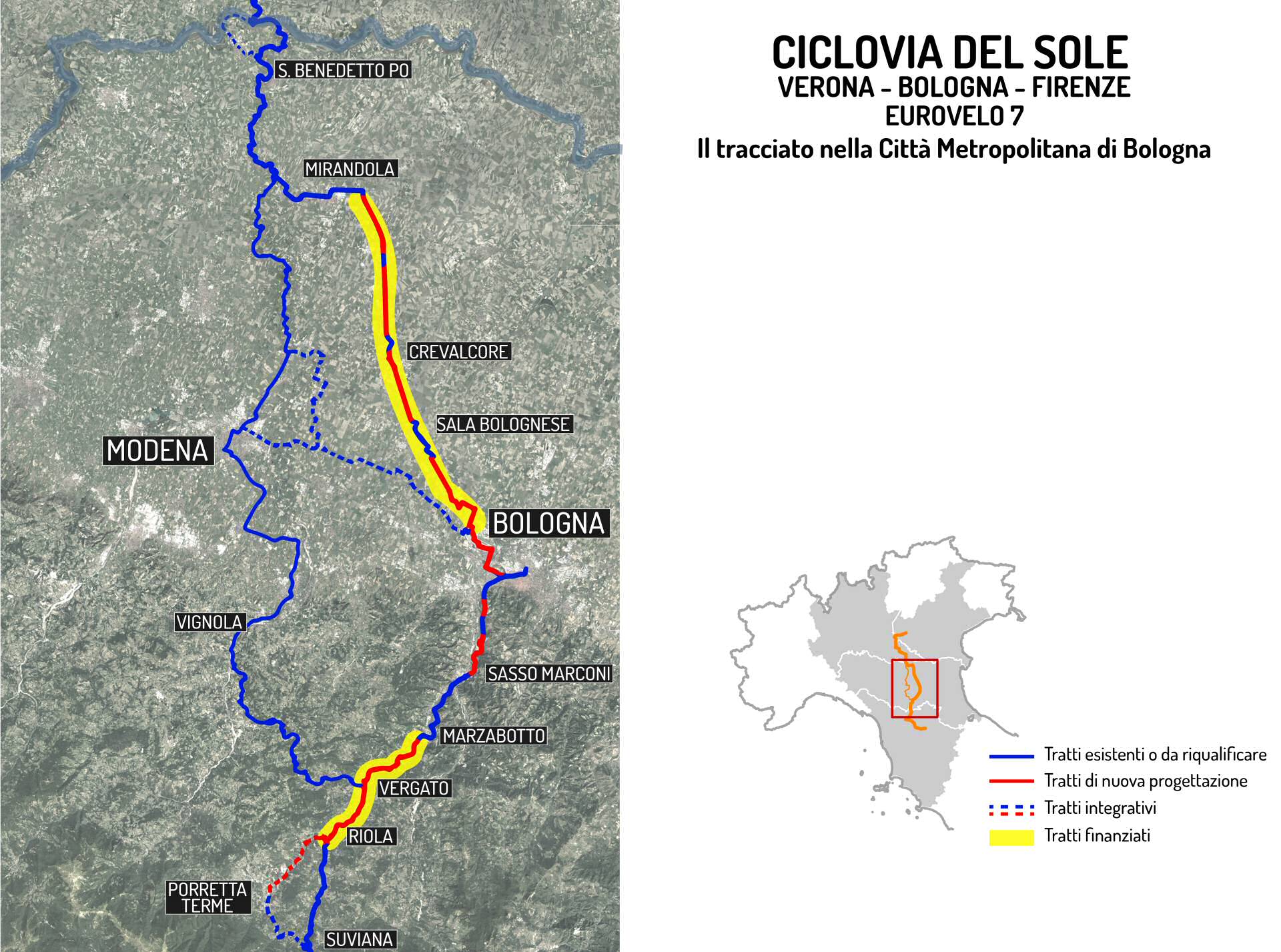 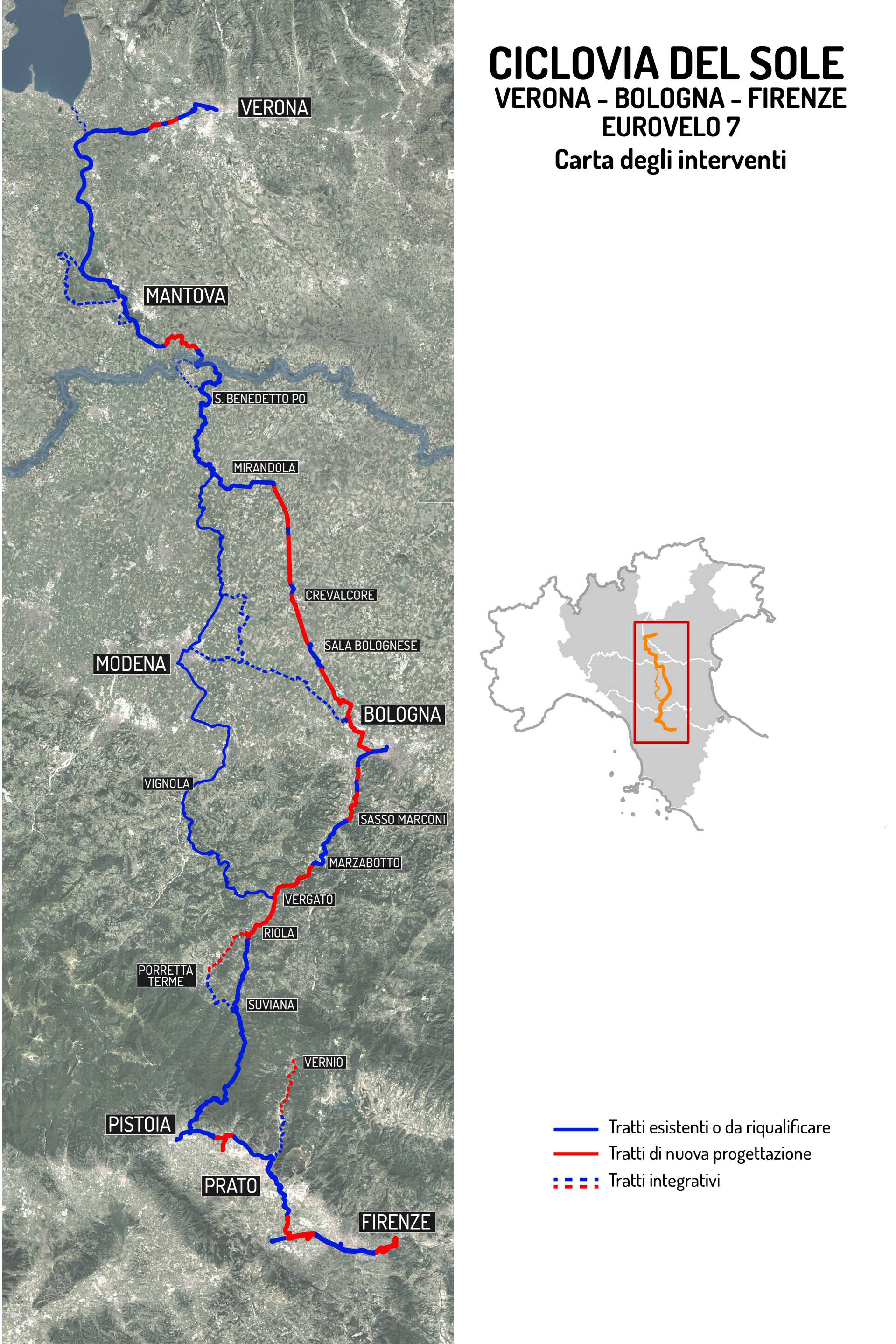 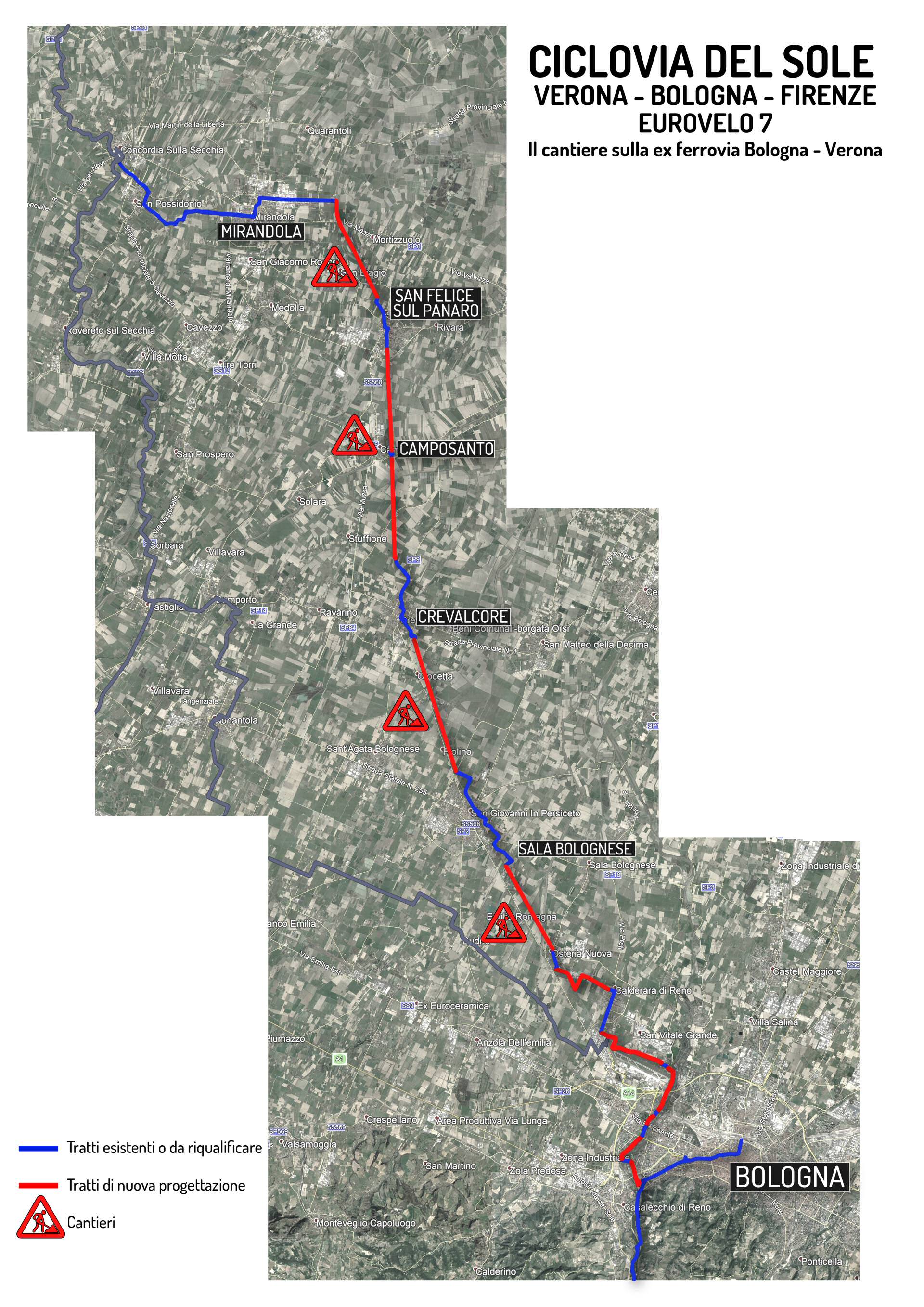